From now on, I will be posting at www.mychitalkablog.wordpress.com!

The focus of my blogging has also changed to reflect my current interest in contemporary Russian, French and world literature.

Happy reading!
Posted by Anya at 5:58 PM No comments: 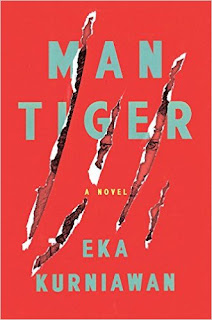 This is a novel about a grisly murder committed by a young man in rural Indonesia. The twist here, though, is that the reader already finds out who killed whom from the very first sentence. What the novel aims to tell us over the next 172 odd pages is why.

I actually ended up liking this novel a lot more than I expected to. It was a rare glimpse at rural Indonesian life, and less of a murder mystery than a look into the issues surrounding two families that led to the fatal, murderous event.

The main character (and murderer) Margio was in particular, well written, although I found all of the characters to be subtly, but well fleshed out. The narrative was interesting, sufficiently well paced and suspenseful enough to keep me engaged all the way till the very end, when the final secret surrounding the murderer's motivations was revealed.

All in all, an interesting read that I would recommend to those interested in world literature.

UP NEXT: 1) 2015 "Big Book" Prize Winner "Zuleikha Opens her Eyes" 2) Marie NDiaye's "Ladivine" 3) yet another International Booker Longlister (this one set in China) 4) the first work to be featured on mychitalka by famed Russian writer Ivan Bunin and 5) the 2015 Prix Medici winner.
Posted by Anya at 4:37 PM No comments:

(RNL List #92) "Whose Nose is Better" by Vitaliy Bianki (Russia) 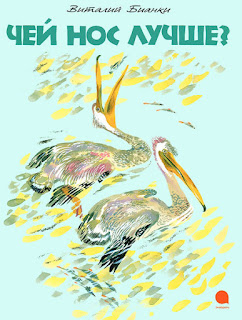 Not much to say here. A very short children's story about a group of different birds, showing off their noses and trying to establish which one is better. I must say that the ending was unexpected, but not in the best of ways.
Posted by Anya at 4:30 PM No comments: 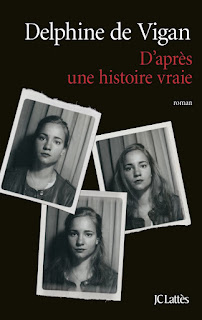 My next review is of a book that met with a lot of commercial (and critical) success last year - Delphine De Vigan's "D'apres une histoire vraie."

The book is purportedly about de Vigan (a famous writer) writing about herself fretting about what to write next, after the success of her last, deeply autobiographical book. De Vigan seems pressured by all sides to write another true life story, however, she continually returns to the question of whether it is really so important to a reader for a story to have really happened. Can a reader connect just as deeply with a story that is not true? Or perhaps, only partially true?

This is of course, the central idea behind the book. However, the narrative itself is dominated by the relationship between de Vigan and a mysterious fan, whom de Vigan chooses only to name L. The woman mysteriously meets with de Vigan and they form a sort of clandestine friendship. Though the friendship starts out harmlessly enough, L. eventually gains a frightening grip over de Vigan.

The novel eventually explores which parts of the narrative are in itself fact or fiction.

Now, I know that this novel was nominated for the Goncourt, and ultimately won the Prix Renaudot. I also admit that it was an interesting, easy read, however, for me personally, it didn't have the depth to really stand out as a prize-worthy novel. I give it a 2 out of 3 and would probably recommend it to friends, however, its not a novel that stands out for me. 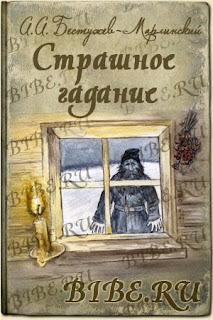 This is the story of a young officer in love with the wife of another man. He is desperate to have her for his own; so desperate in fact, that he accepts the assistance of a 'mysterious stranger' who almost miraculously assists him getting what he wants.

Very soon, however, the officer realizes that what one wants may never be worth the price to be paid...

In brief, the story was very interesting...until the final denouement. For the most part, the tale was suspenseful, eery, and the 'mysterious stranger' in particular was very captivatingly written. All of this having been said, the last few pages were a bit of a disappointment. Its a shame, and I do wish B-M has been able to give this fine short story a more deserving ending. 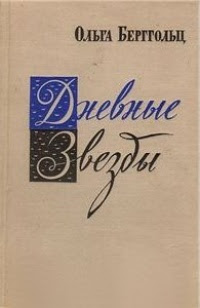 Now to be honest, I hadn't expected to like this book as much as I did, however, I must admit that I was won over by Berggoltz's semi auto-biographical book comprised of snippets from her childhood during the Revolutionary War all the way up till Post-World War II.

The writing is very bright, hopeful and idealistic - in brief- rather characteristic of Soviet prose of the era, and in sharp contrast to the bleak, terrifying conditions that Soviet society faced at the time. Among other reminiscences, Berggoltz writes of her memories of two wars, the horrible siege of Leningrad that resulted in the deaths of innumerable soldiers and civilians, and she even makes a slight reference to her own, deeply personal personal tragedies (the loss of her husband, children and a terrible episode in the 30's during which she was arrested by the Soviet government).

Through all this, Berggoltz remains optimistic, hopeful of the future and in love with humanity. It seems a little naive now, it seems a little surreal to our jaded 21st century sensibilities, but there's something really beautiful about the Soviet spirit, and this is reflected well in Berggoltz's prose.

This is a novel that belongs to another age, and that will likely be forgotten, although it is worth a read.

NEXT UP: Yet another book on the exile of 'rich' peasants in Soviet Russia (this time, by an award-winning contemporary author), the first book to be featured on mychitalka by an Indonesian author, another short story by Bestuzhev-Marlinsky, last year's winner of the Prix Renaudot and a unique French novel by one of France's most decorated female authors. 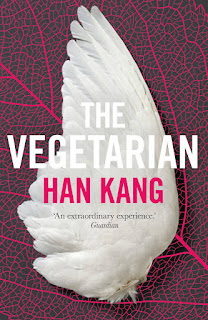 This book has become a real fan favorite amongst readers of the 2016 International Booker Prize Longlist (and perhaps for good reason) The story is an incredibly unique look at a woman who, as a result of mental illness, unexpectedly becomes a vegetarian. The renunciation of meat, however, only marks the beginning of the woman's mental decline, which is witnessed from three different perspectives; from the point of view of her incredulous and unsympathetic husband, her awe-struck brother-in-law, and her caring and sympathetic older sister.

Now I really enjoyed the first part of the novel (the part of the story told from the perspective of the vegetarian's husband.) The last two thirds of the book, though not bad persey, were nowhere near as striking. In fact, I found the last third rather disappointing, as to me, it provided too many explanations and justifications for the vegetarian's actions, taking away (in my view, unnecessarily) a lot of the mystery that made the first part of the novel so engaging. In short, I would have liked to have used a bit of my imagination to piece together what may have led to the vegetarian's decline, rather than having had it spoon-fed to me.

Nevertheless, I am certain that this novel will be one of the top contenders for the 2016 International Booker Prize.
Posted by Anya at 1:35 PM No comments: